During a hearing, it is necessary to maintain your composure and always treat the judge presiding over your case with respect, even if you do not like what you are hearing or how you feel you are being treated in the moment.

Simply put, do not let your fear that the judge may be biased against you control how you handle your situation.

Keep your testimony from being overly emotional, stick to logical but still poignant answers, avoid disparaging the opposing party or being rude to opposing counsel and making remarks that the judge is being unfair.

Rely on your attorney to highlight the facts that are favorable to your case and present your position in the best light possible while pointing out the weaknesses of the other side.

Finally, remind yourself that appealing an unfavorable result may be an option. 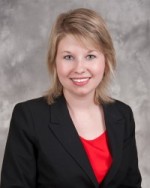 Unfortunately, sometimes there isn’t much a guy can do. I would certainly say that the guy shouldn’t do anything that would support or perpetuate the bias, but other than that, it’s really up to the attorney to work with the client to try to change the judge’s mind about whatever bias the judge may have.

Additionally, where I practice law, there is a process by which you can request to change judges if there are concerns about a judge assigned to a case.

This can only be done via a request within a short period of time at the very beginning of a case, but it is something I do when I know that a case has been assigned to a judge who  tends to have a bias against men. 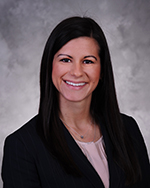 Judges are regular people, and odds are the judge in your case has some personal experience with divorce, custody or support. If you feel like a judge is showing an unfair bias against you, explain why you feel this way to your attorney.

Your attorney has probably had other cases with that judge and can offer insight into how that judge likes his or her courtroom procedure to go, how to best present the case to that particular judge for the best result or can offer tips to you on how you can express yourself in a way that will have the greatest positive impact on the judge. There are a number of remedies that guys can take if they feel as though the judge is showing an unfair bias against them, it just depends on the setting.

If the Judge makes a ruling in a court hearing that a guy feels is bias, then he should contact his attorney immediately to try to bring the matter back to court for a motion to set aside the order or appeal the ruling depending on the state’s rules of civil procedure.

Further, prior to the hearing date, if a guy feels as though the particular judge will be unfairly biased, he should consult with his attorney about the state’s rules on recusal, which is a request for a judge to not hear that particular matter and have another judge hear the case.

However, the grounds for recusal have to be for a good reason with evidence to prove why the judge needs to recuse himself, not just because he feels as though the judge may be biased. Another thing you can do is to make sure that you always show the utmost respect to the court. Do not make faces when your ex is testifying or the judge is speaking. I always tell my clients to look at their knees if they are feeling angry!

Always address the court as “Your Honor,” smile at them when they enter and exit the courtroom and try to dress as professionally as you can when going to court.

Lastly, do not give them any additional reason to be biased against you. Do not put anything in writing to your ex or her family/friends that you would not want read aloud in the courtroom, and make every effort to comply with all orders, even if you do not agree with them. If the judge is showing what you believe to be unfair bias against you in pretrial motions or hearings, speak to your attorney at length about how you two can make an excellent record at trial that can overturn any negative decisions on appeal.

The local courts do get a lot of discretion, but if discretion turns into bias, it’s able to be addressed and possibly overturned on appeal.