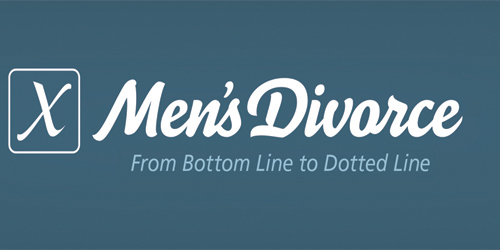 Divorce is never easy, and it’s an extremely tumultuous time for everyone. Emotions can run high, and you can make some divorce mistakes you’ll end up regretting, if you’re not careful. Take a look at these following mistakes, and learn how to avoid them:

Saying that your spouse can do “whatever she wants”

Especially if you’re the one instigating the divorce, it can be very easy to say that your spouse should be able to do whatever she wants. You probably feel badly about the dissolution of your marriage, even if it’s for a good reason, and you want to make amends to your spouse as much as you can. That’s honorable, but it’s not a good idea to simply let your spouse take the lead. Among the greatest divorce mistakes you can make is to not protect yourself during the course of the divorce. When emotions have cooled, you’ll find yourself regretting that you didn’t take precautions sooner.

Not getting your own lawyer

Even if your divorce is amicable or you feel like you should just have to take whatever comes to you, get your own lawyer to represent you during the course of your divorce. One of the greatest divorce mistakes you can make is to not have proper representation during what can be a very arduous time. You’re not thinking clearly, and it stands to reason that you want someone to represent you, someone who is reasonable and will clearly have your best interests at heart. Get your own lawyer; he or she will be able to think clearly, will be able to assess the situation at hand, and will be able to protect your interests at the same time. You’ll be glad you did it after the divorce is over, even if you don’t think you need one now.

Your lawyer will be able to do more than simply think clearly during this difficult time, so again, it’s one of the greatest divorce mistakes you can make not to have one. Your lawyer will know how to manage your divorce in its entirety, from property division to child support payments to child custody issues, to spousal support, as applicable. Having someone working for you who knows his or her way around divorce is only going to bode well for you in the end.

Leaving the house simply because you’re told to do so

If you’re the perpetrator of domestic violence, of course, law enforcement may make you leave the house for the safety of everyone involved. However, if there’s an argument with no physical violence, and your spouse simply tells you to “get out” (and you do), that’s one of the biggest divorce mistakes you can make because you may have difficulty reclaiming property that’s rightfully yours later. Unless there’s domestic violence or something else has happened whereby you absolutely must leave the house, don’t. Avoid each other as much as possible if you have to, but stay in the house until property divisions have been decided.

Not protecting yourself financially

As soon as you can, separate your joint accounts into individual ones. You shouldn’t simply “clean your spouse out,” and take all the money out of the joint account and move it into your own account; that’s among the biggest of divorce mistakes. However, it’s probably pretty reasonable to say that you could take a percentage of the money out for your own expenses and leave the rest in for your spouse and children (assuming the children are staying in the house with their mother for at least the time being). Be aware that the judge may make adjustments once you get to court, but you can take steps to protect yourself financially as long as they’re reasonable without much difficulty.